When Michelle Falter, Ph.D., traveled to Kenya last year as part of a group helping local educators develop new teaching practices, a large focus was placed on the use of inquiry- and project-based learning.

When Falter returned to the country in June, she was amazed to find that one teacher had taken the lesson so seriously she was concerned that implementing the practices three to four times a week was not enough.

“She interpreted that this was something that was supposed to be done every day, so it was interesting to us…because in the United States, maybe like once a unit we’d incorporate it. And she was really doing it [regularly],” Falter, an assistant professor of English Language Arts at the NC State College of Education, said. 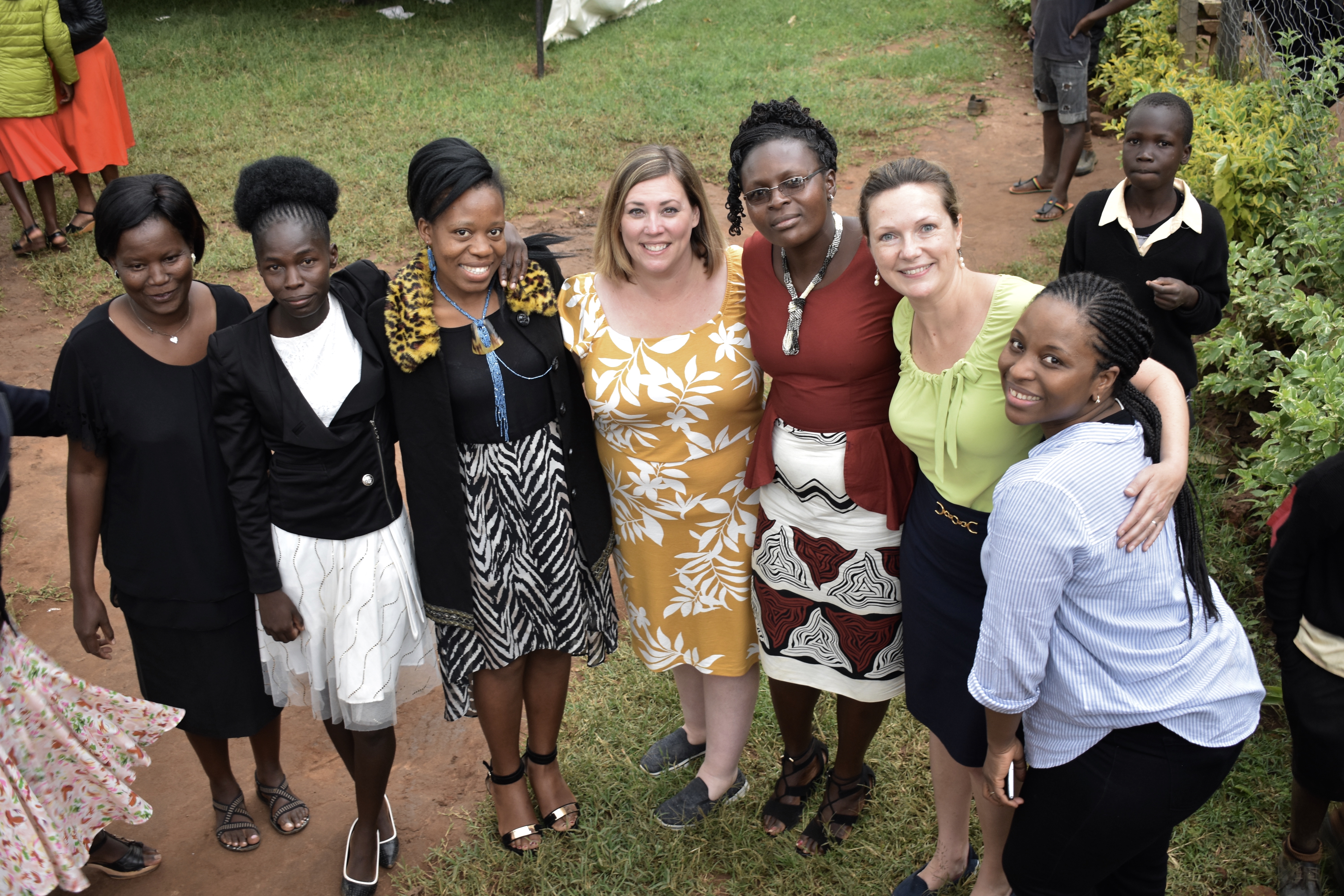 The trip to Kenya was spearheaded by University of Missouri, St. Louis Assistant Professor and College of Education alumna Shea Kerkoff ‘16 PHD. Professors from across the country spent three days conducting professional development workshops with about 60 teachers just outside the rural Kenyan town of Kitale.

In a region where some teachers journey more than two hours to and from work, often on foot, professional development is difficult to access and cost prohibitive for most educators. The trip provided an opportunity to help teachers who face large class sizes and a lack of supplies develop lessons that move away from the traditional lecture structure and utilize student-centered strategies like discussions and group work.

“It’s a hardship for them to even go to their own schools, let alone go to professional development. So this is really, for them, an opportunity that many of them have said just doesn’t come along and they feel very honored that we would want to come to their particular part of Kenya,” Falter said. 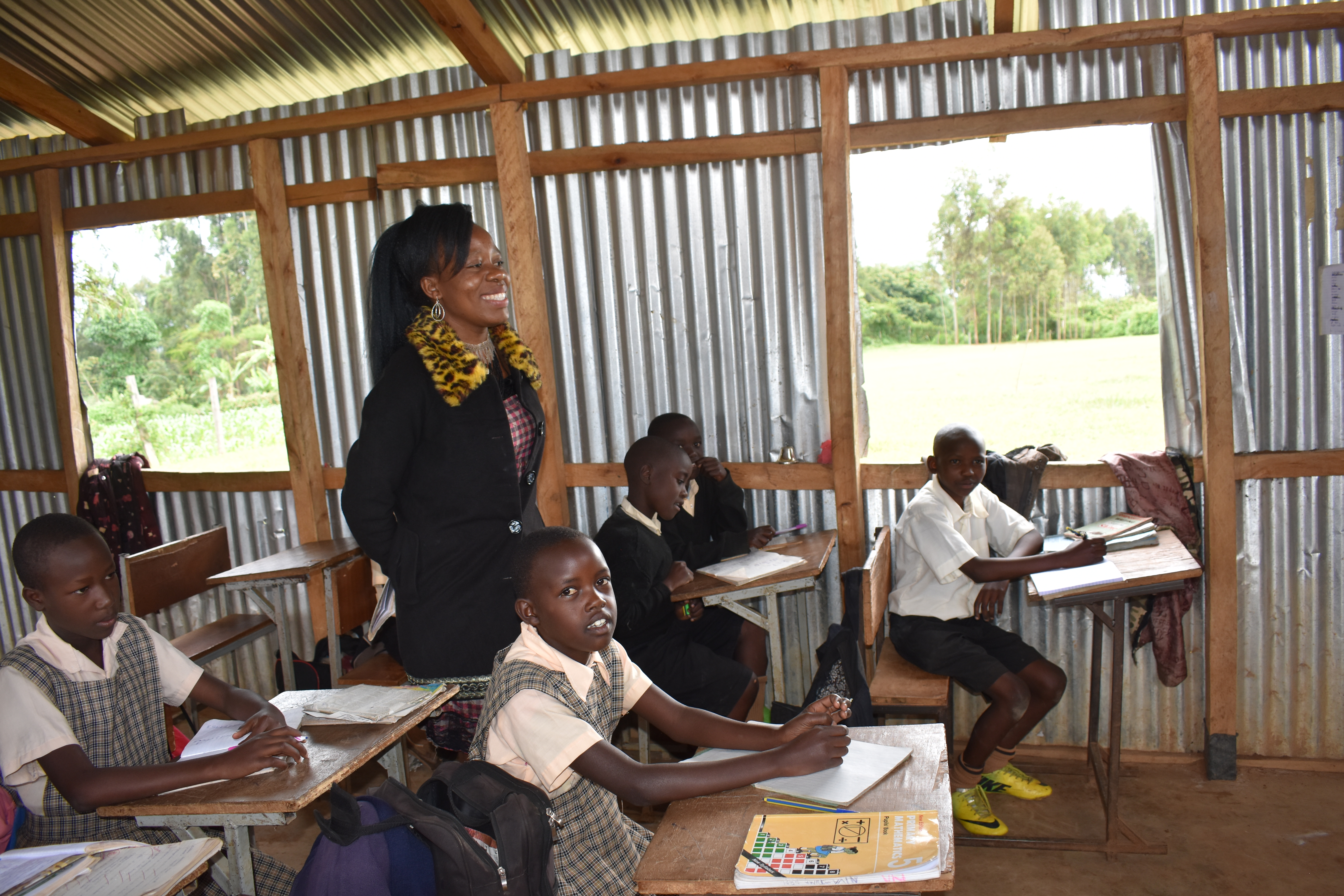 About one-third of the teachers who participated in this year’s session were present last year as well, and Falter said she has seen their skills flourish in the interim. Terms like inquiry- and project-based learning, which were new concepts for the teachers last year, have now become a regular part of their vocabulary.

Perhaps one of the most impressive changes Falter noticed was the way both new and returning teachers are beginning to master technology. Last year, professional development related to computers involved helping the Kenyan teachers learn rudimentary skills, like keyboarding and using a mouse.

“Last year, for many of the teachers, it was their first time ever touching a computer. So, if we think about technology in the United States, this would be like the 1980s. They’re moving from being an analogue country to a digital country,” Falter said. 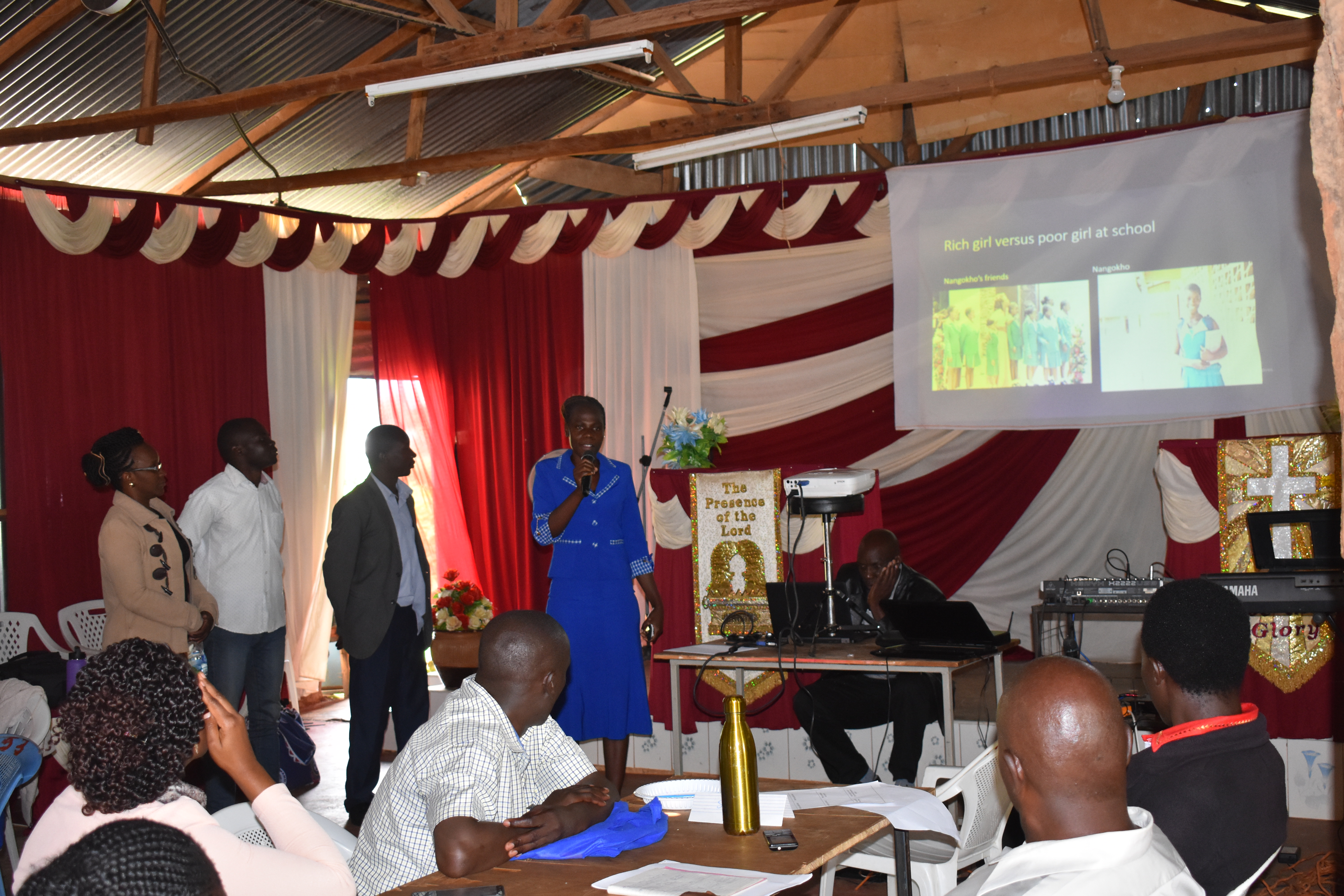 As technology emerges in Kenya, aided by a government initiative to eventually bring tablets to all classrooms, Falter said professional development this year shifted to helping teachers understand how to incorporate technological tools in the classroom. Several sessions focused on digital storytelling and helping teachers understand how things like sound effects, videos, images and PowerPoint can help create a more engaging lesson.

At the end of the summer institute, the teachers were divided into groups and used the skills they had learned over the past few days to create a digital story of their choosing.

“They had a great deal of pride in them because it wasn’t an easy task for them. It wasn’t something they had done before, but they all turned out these really amazing projects,” Falter said. 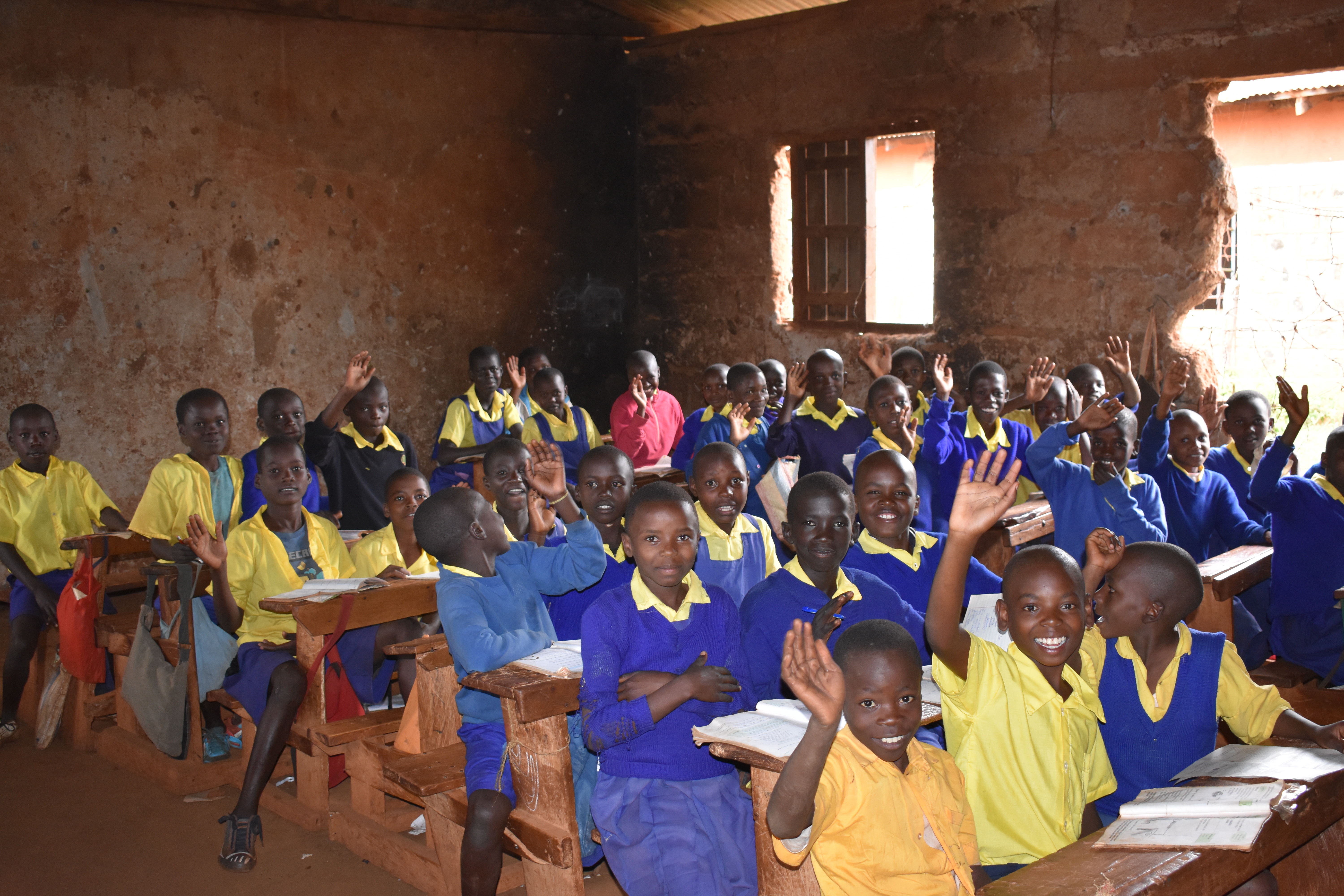 Just weeks after flying home to the United States, Falter said she has received messages from the Kenyan teachers asking if she will be returning next summer. Not only will she go back, but this time she will bring NC State College of Education students as part of a new study abroad course.

The goal is to have each participating student work with at least two Kenyan teachers — one in a primary school and one in a secondary school — and work in both private and public school classrooms. She hopes students come away with a sense of respect for the teachers, who are highly regarded in their communities, and some new skills to implement in their own careers.

“I hope they see all of the amazing things these teachers do in their classrooms and appreciate that and take back some of those skills that we don’t have but they do, like how to keep the attention of 60 students in a classroom or how to not use any resources and still teach a dynamic lesson,” Falter said. “There are so many things Kenyan teachers do well that I want our students to see and appreciate.”

In addition to giving students an opportunity to experience a different culture, Falter hopes that the study abroad program will help them build relationships outside of their comfort zones and gain experience in teaching students who are non-native English speakers. 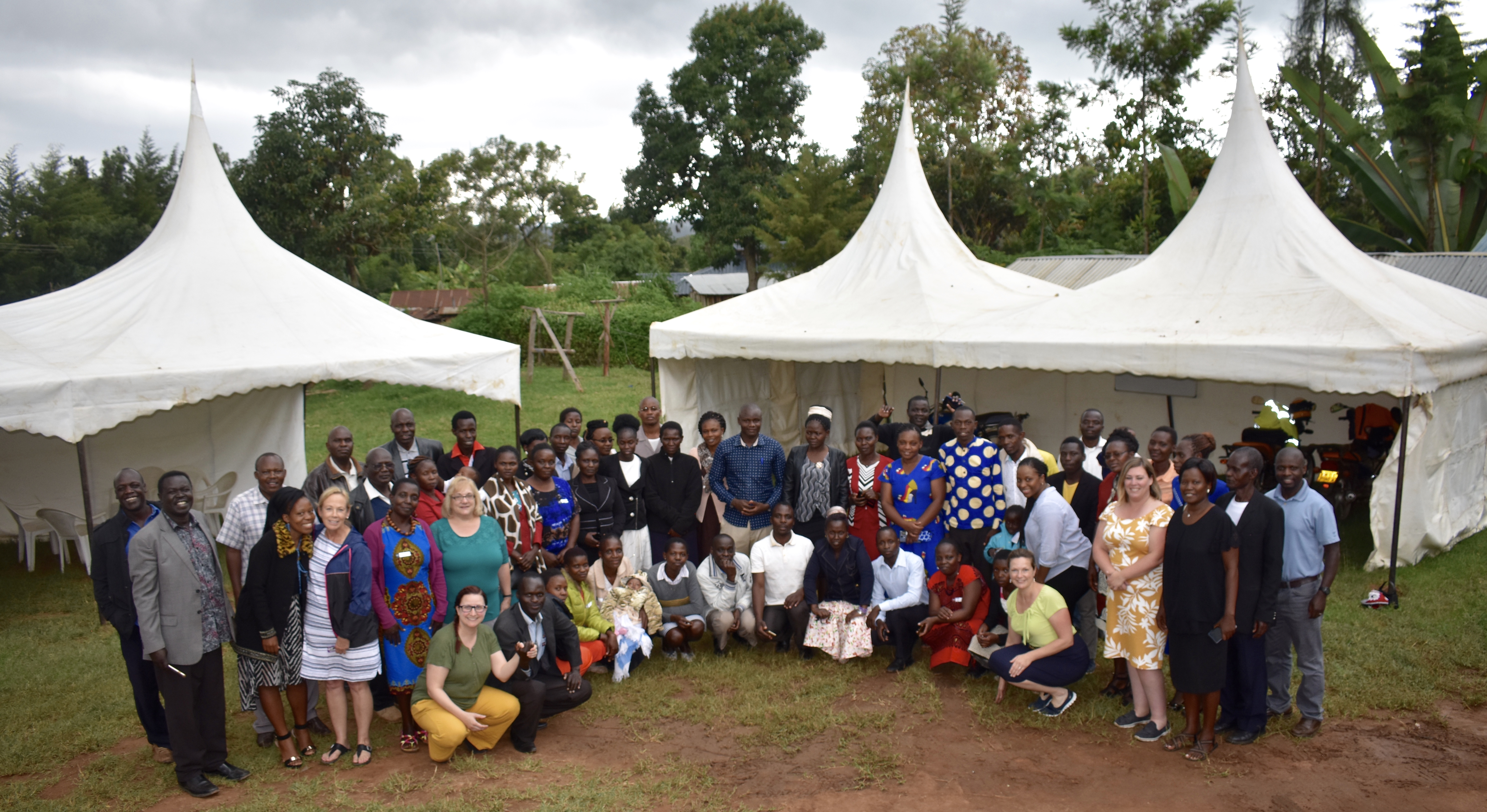 The trips allow Falter to bring a new perspective to her teaching as well.

“As an assistant professor of education, it’s important that I learn how education looks in different contexts so I can bring that knowledge back to my students, so they see that we’re not preparing them for just North Carolina or the United States — but for the entire world,” she said.

Until Falter and Kerkoff return next year, the Kenyan teachers have been tasked with taking steps to develop their own professional learning communities to practice the skills they learned this summer and provide support for one another.

“We want them to start to develop communities in which they can start problem solving together and coming up with solutions and just feeling they are not having to rely on us,” Falter said. “We really want them to take leadership and to develop what they need.”

Going forward, Falter said the plan is to visit each summer and alternate the study abroad course with professional development workshops for teachers.

This post was originally published in College of Education News.